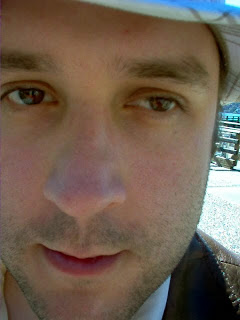 When I was twelve or thirteen, things started getting weird.  I had to do everything an even number of times.  I started worrying about germs a lot.  I worried about what other people were thinking about me.  I worried, period.  I began to over-analyze EVERYTHING.  Including my tendency toward over-analysis.  I did not know what was going on.  I was ashamed.  It wasn’t until years later, reading Howard Stern’s book ‘Private Parts’, that I realized I was not the only one who did these things and felt this way.  That there was even a name for it.  Obsessive-Compulsive Disorder.  Since then, things have gotten better.  I don’t worry about even numbers much.  Germs are still an issue.  I have come to terms with the fact that I think very differently than most people.  Self-medication worked pretty well, but it almost killed me.  I even tried medication from the doctor.  That did kill me.  It took away the OCD, but it also changed my personality.  I didn’t realize this at the time.  In hindsight, while I might have been ‘happier’, I like being me…germphobia and all.

My friend Rosanne Dingli recently wrote an excellent piece about writers and depression - http://rosannedingli.blogspot.com/2011/09/authors-and-depression.html.  She suggested I write about writers and OCD.  Instead, I will write about one writer (me) and OCD.  Otherwise, I might have to do research or other distasteful things like interview real, germy people and shake their hands and…you get the idea.


I recently had an interesting conversation with a colleague of mine.  We are both teachers.  I remarked to her that all the good teachers I have ever known have been weird.  Weird in different ways, but weird nonetheless.  Eccentric.  Neurotic.  We both share the affliction of having overactive minds.  I think about a million things all the time, and it is tiring.  She suggested that good teachers are weird because, when you are teaching (well), you are engaged in the moment completely.  There is no room for the myriad thoughts that swarm like mosquitos most of the time.  I think she is on to something.  It would explain why I like fishing (‘zen’ concentration) and motorcycles (‘don’t want to die’ concentration).  But I digress, let’s talk about writing.

Writing fits this pattern.  When I am writing, I am not thinking about anything else.  Not even thinking about writing, really.  I enter a weird, detached state.  It is quite soothing.  There is also the issue of control.  Part of OCD, for me, is fear of the things I can’t control, i.e. germs.  And the compulsions that help me feel like I do have a bit of control.  Washing my hands a million times a day.  The counting I used to do.  Etc.   Writing is a great way of being in control.  When I am writing fiction, I am God.  I control my characters.  I control the plot.  It is my world.  (This is not completely true, but I convince myself it is).  Regardless, writing gives me two things that my OCD craves … control and escape.  Without being hung over or strung out … and without fundamentally changing my personality.

OCD is an interesting affliction.  My wife always says that she could never have OCD because she can’t remember things long enough to obsess about them.  I remember everything.  Or at least the non-important things … like to check the stove twice before I leave the house (the number thing isn’t totally gone, I guess).  But that is the real bitch of the disorder.  People who have OCD realize it makes no logical sense.  I know that most people don’t think about germs all the time and they live happy and productive lives.  There are people who are afraid to write anything down because they might write something ‘bad’ in the middle of what they are writing.  When I had to turn the lights on and off sixteen times before bed, I knew it was ridiculous, but by performing the compulsion, it eased the pain of the obsession.  It is a weird position to be in.  You know what you are doing is ridiculous, but the ridiculous action (whatever it is) scratches the itch that will otherwise keep you up all night.

OCD is related to Tourettes and this makes perfect sense to me.  Screaming profanities in public is frowned upon.  Being so worried about doing it that you end up doing it makes sense.  My wife laughs when people hurt themselves.  My friend Kyle laughs at funerals.  They are both extraordinarily nice people, but they KNOW they shouldn’t laugh.  They want to not laugh so badly that they end up doing it.  I get it.

I think a lot of people have minor OCD tendencies and don’t realize it.  When my wife and I started dating I would come over to her apartment, take my shoes off by the door, and go upstairs.  When it was time to leave, they would be neatly lined up next to each other.  No big deal.  I am not one to judge.  So, the next time I lined my shoes up neatly.  It took a couple times for me to realize that when I left them reversed (right shoe on the left side), they would be ‘corrected’ when I left.  I asked about it.  Turns out my wife can’t see shoes like that and not imagine mangled limbs.  I get it.

One of the nice things about having OCD is that I don’t judge other people for their ‘quirks’.  Everybody has something.  I know a lot of writers and a lot of them carry hand sanitizer everywhere they go.  It makes perfect sense.  In a world that is scary (OCD is the fight or flight response gone haywire) what better way to deal with your OCD issues than by retreating to a world where you can control everything and your mind is 100% occupied by the task at hand?  This post ended up a little longer than I had planned.  It is time to go back to the real, dirty world now.  But writing will always be waiting for me.  And that knowledge gives me more strength than booze or Paxil ever did.

You can find my books HERE. And my fiction blog HERE.
Posted by JD Mader at 10:06 PM