A guest story today from the one and only Jo-Anne Teal.  One of my personal heroes and favorite people.  Thanks for sharing, Jo!


He’d tried, I knew he had tried his best, but an entire evening was too much to expect. Dinner planned for eight o’clock, dessert with coffee afterwards, the Taylors should have been saying goodbye on our front porch by ten. But when the doorbell rang an hour early, I braced myself.

The evening started nicely, we drank wine while Al drank his apple juice. Barry and Susan didn’t notice. I always make sure to match the colors as closely as possible. As a precaution, I store white grape, cranberry and ginger ale in our pantry too, in case someone brings us a bottle of wine or champagne.

The pre-dinner conversation was congenial: weather highlights, sailing last summer. I should have kept us on neutral topics, but during the main course, Barry began talking about the recent city council election, and Al began to clench and release his fists under the table.

“Geez, when Mark O’Brian said he was going to run for office, I thought he’d stop sleeping on the job like he did when he worked in the warehouse! Man, those city workers never change!”

“Barry, you know that Al works in the city warehouse. Apologize to him.”

“Al knows I’m kidding. Geez, Suzy, calm down! Al, you know I’m not talking about you, don’t you, buddy. I know you gave up sleeping on the job for Lent. Ha ha ha!”

Al smiled his tight-lipped smile, stood up from the dining table and went into the kitchen. I wanted to follow but he’s told me to leave him alone. I’m not to nag or baby him. So I left him alone, to go into the pantry, reach behind the packages of couscous and take a sip of vodka – just enough to take the edge off.

Three and a half hours in, Al had made four trips to the pantry and I was trying to wrap up the evening by clearing away dishes. Al was starting to slur his words. When he disappeared for the fifth time, Barry asked me if Al was feeling okay. I told him Al takes medicine in regular intervals for his migraines, and sometimes needs to go into the cool night air.  Barry nodded his concern, but Suzy looked at me the same way she did in the supermarket when she’d seen Al take a quick sip from his flask. I told her about his medicine then. She must understand medication because she began helping me clean up in the dining room. She didn’t go through to the kitchen though, which I appreciated.
When I closed the front door after they left, Al stumbled through the living room and started up the stairs to bed.

“Be careful on the landing, dear. I put a vase of flowers there, just for tonight.”

“You’re a goddamn bitch. I’ll walk where I want to walk in my own house.”

So you see, it really was my fault. I always seem to get things wrong. 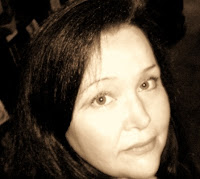 Jo-Anne began writing fiction just over one year ago.  She is particularly interested in telling stories of the hidden, the hurt, the silent, the unheard. Jo-Anne has concentrated on flash fiction as she developed her writing voice.  She is now working on longer short stories and planning her first novel (literary fiction).  Jo-Anne lives in Vancouver, British Columbia where she happily shuffles from one Starbucks to another, drinking espresso, and taking notes while she listens to the conversations around her.


To read more of her fiction, visit: www.goingforcoffee.net. 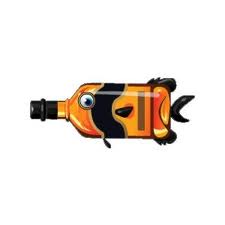 There are few things I love more than a good fish story. A buddy of mine on KLRforum.com sent me this...I was so enamored with it, I asked if I could put it up here. So, here it is folks. (For a story about a small fish, it ain't bad).


It occurred to me upon arrival to the city of Craig, Alaska on the Prince of Wales Island that part of the Alaskan experience is the journey to reach it. While not difficult compared to 50 years ago, it is still a bit of a jaunt by today's standards.
With the last connecting flight being a float plane, a 50 year old Dehavalin with it's low fuel level light coming on every time we made another wild turn, the young bush pilot was living up to his colleagues wild reputations and clearly enjoying his chosen profession.

One of the captains informed me that he had fished all his life and his best was 49.
Sure, there have been bigger fish; Lee bagged a 64 pounder the year before and, further north in the Kenai, they get bigger still.
All in all it was a phenomenal trip and I am eternally grateful to the Whisky Fish. Cheers! Good Luck and Godspeed JT
Posted by JD Mader at 12:29 PM No comments:

Good books and a good cause.

Making a Difference for Kids with Autism 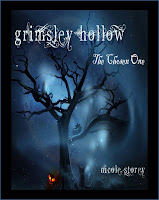 When my son was diagnosed with autism at the age of three, I was devastated and lost.  I had no idea who to turn to for help.  Thankfully, a dear friend advised me to go on the web and search for autism support sites.  I did, and found many parents treading the same turbulent waters.  I was no longer alone.

It is charities such as The GreaterGood Network at The Autism Site that help parents to believe their children can do more, be more, than the doctors dictate.  This charity helps to fund therapy for children with autism: Speech, Sensory Integration, Cognitive/Behavioral, Diet, and so many more.

For the month of July, a percentage of the sales from my books will be donated to The GreaterGood Network to help provide autistic children with the help they need to thrive.  I would love it if you could give just a few dollars and download an eBook or perhaps buy a paperback.  Together, we can make a difference for children with autism!  Thank you so very much!

I spent years working with kids on the autistic spectrum.  Some of the best moments of my life.  Pick up a good book for a good cause.