The Case of the Missing Plot Bunnies...

My friend Stephen Hise graces us with his literary badassery today.  In this piece, he spars with the monolithic NANOWRIMO (national novel writing month)...which challenges writers to enrage their significant others every November.  Check out his blog: www.indiesunlimited.com to keep tabs on what is going on in the indie scene. 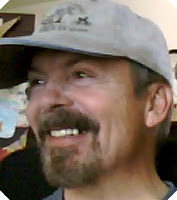 It was one of those days at the office – long as a Sunday sermon and half as fun. I hadn’t had a case in weeks and I was down to my last packet of Ramen noodles. The name’s Spade –Marlowe Spade. I’m a private dick. Well, private ever since that one unfortunate incident at the park.
I was just about to close up shop for the day when she walked in. Except for the dark circles under her eyes, the vacuous stare, the mismatched shoes, and the disheveled hair, she was just my type.
She plopped her pretty little bottom down in the chair across from my desk like a pile of old pastrami on the stale rye bread served at Gino’s Deli on Tuesdays. Why Tuesdays? Because the Health Inspector comes on Wednesdays.
“Mr. Spade? You’ve got to help me,” she said in a breathy voice.
“I know, sweet cheeks. How do you like NaNo?” I asked. Her eyes showed the first spark of life since she’d come in to the joint, but that spark disappeared like a sailor’s paycheck the next instant as she burst into tears.
I wasn’t sure whether she was crying because I’d seen right through her or she finally realized she was still wearing her bathrobe, but I’d seen it all before. Big NaNo picks these fresh-faced kids up right as they get off the bus. He promises them fame and fortune if they work for him. You wanna be a real writer, don’t ya baby? Well then you gotta put out for me – show me what you can do. Before they know what hit ‘em, they’re on the hook for fifteen, eighteen hundred words a day. A lot of those kids break, and even a lot of the ones who make it are never the same. Happens every year about this time.
“Show me what you’ve got,” I said. She fished a couple of pages out of her robe pocket. I pulled the wadded up chewing gum off it and took a look. I started reading it. It looked promising at first−her female character was taking a shower, but somehow little Miss Writesalot managed to write the shower scene without any steam. I tossed the crumpled manuscript on the desk.

“Baby, I’m gonna tell you straight. You don’t need NaNo to make it in this town. The big six mob is busted, they’re dead and don’t even know it yet. If you wanna write then do it, but on your own schedule. You don’t need Big NaNo to call the shots.”
“Do you think I can, Mr. Spade?” She looked hopeful as a cocker spaniel at a Thanksgiving table.
“I know you can do it doll face. Indie is the way to go these days. Don’t let anybody tell you otherwise,” I said.
“Oh, Mr. Spade! How can I ever repay you?”


I looked at the calendar on my desk and saw it was Tuesday. “Why don’t we go grab a pastrami on rye? You can buy. Then, let’s you and me go re-write that shower scene.”
Another case closed and another satisfied client.
Posted by JD Mader at 11:47 AM