Promotion in a fiverr world... 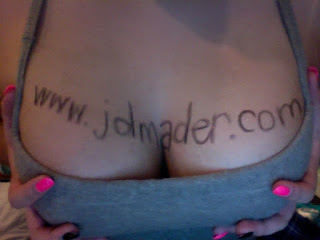 Thanks to the magic elves that make the internet run, it is now possible for pretty much anyone with half a brain (Joe Café) to publish a novel, make a movie, start a blog about their parrot, etc.  This is both good and bad. It is good because a lot of talented people are getting a shot they wouldn’t normally get. It is bad because a lot of untalented people are getting that same shot. Or I guess I shouldn’t say bad. Everyone deserves their chance, but it does present an interesting dilemma. Promotion. How can you make your novel, song, dance number, etc. stand out from the quagmire? It’s a good question. I congratulate myself for it.

I talk to a lot of people about self-promotion, and what I usually say is something along the lines of…well, you promote your work the same way you would promote yourself. Be decent and kind to people. Think about how you can help the community you want to be a part of. Find people who are creating things you believe in and push their work.  No one likes a hard sell. It is far more effective to let people get to know you and your work on their terms. Less off-putting. Blah, blah, blah.

And then there is fiverr.com. For those unfamiliar, fiverr is a website where you can get anyone to do just about anything for $5, of which they keep four. I decided to do an experiment. Actually several. I’m not rolling in dollar bills (I quit stripping), but at five bucks a pop, you can afford to experiment a little. So, I did. Some of it you see here. I did a search for most popular services…who would have thought you could send some random woman your web address and it would be written on her cleavage and emailed back to you in less than five minutes?  I am here to tell you it can be done.  Go to fiverr and search ‘tayl0rwhat’. You, too, can have your name emblazoned on breasts bigger than mine.

The coolest thing I did on fiverr was to have a drummer play with my website on his drum and then have some guy plug my book. I have no idea who the people are. But it turned out awesome (search: Naiyyer). I am not sure if it sold any books or got any people to my website, but I like to think it did.

Promotion is a tricky thing. I wrote a book that I believe is pretty good. It’s no East of Eden, but it is getting good reviews on Amazon (except for one guy who apparently liked it, but ONLY if it cost 99 cents)…which brings up another point about the quagmire. It used to be a book cost more than a sandwich.  Now, you charge more than ONE DOLLAR for your book and some nozzle is going to claim he didn’t get his money’s worth. Creative work is being devalued. On my website, www.jdmader.com, there are enough short stories for a few collections. Some of them have been published before. Two of them got ‘positive rejections’ from the New Yorker. And they are all there for free along with essays and music and a lot of work that I put a lot of time into.

I’m not complaining (much). The ability to get your work out there... Kindle. Print on demand. Blogs.  The ability to do all that for free (without an agent) is huge. I have heard it argued, and tend to agree, that as a few years pass, the wheat will begin to separate from the chaff, but until then, it’s a big world out there. There are great, amazing self-published novels that you can buy for the price of a cup of coffee. And there are pieces of trash that you will pay the same price for. There are lots of ways to get your work noticed. Word of mouth is pretty powerful. But boobs never hurt anyone either.
Posted by JD Mader at 12:24 PM