Full disclosure: Laurie is a good friend of mine. I have friends who can't write for shit. Laurie can write for shit, so she gets interviewed. Hate the game, not the player. 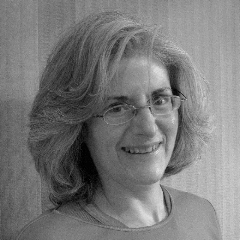 What do you dislike most about doing these kinds of interviews?

I can’t hide behind that little giggle-hair-flip-cross-and-uncross-my-legs-like-Sharon-Stone thing. And often the questions are the same. “Tell us about your book.” Jeez. Like I haven’t seen that one a hundred times already.

I read the Twilight books. Every single one of them. Of my own free will. I even paid for them. Okay, let the mockery begin.

What writers are you jealous of?

Well, you, of course. And the guy who writes the Richard Castle books. That’s one cool gig. Also Joyce Carol Oates, because she can write three-quarters of a brilliant novel while she’s at Jiffy Lube waiting for her oil change. She writes the rest during the ride home, on an iPhone using her left foot.

[We should totally kneecap her...she's too good.]

Who would you rather spend eternity with: Mark Twain, Michael Chabon, or Sue Grafton and why?

Hard one. Twain and Grafton probably have mad survival skills. But I can talk about comic books with Michael Chabon. So I’d choose him.

You have to eat one meal for the rest of your life, day in, day out. What is it?

Pad Thai. It has a little bit of everything, and I never get tired of it.

How important is writing? How high would the stakes have to be for you to quit?

Considering the lengths I’ve gone through to continue writing despite multiple and recurring health problems, pretty darned high. It has literally saved my life. I try to repay that gift by moving heaven and earth to continue writing and “giving back” to other writers. So. Not quitting. Ever.

How is writing like the first day of school?

When I start writing a book, I don’t know any of the other kids. I don’t know who will end up being my best friend and who will try to stuff me in a locker. Everything is so big and confusing and overwhelming. Mainly I want to run away and hide in a drainage pipe.

[You just need to do more locker-stuffing yourself.]

Do you write barefoot? Why do you think I asked you this question?

Because you want to know if I’m secretly multitasking using Joyce Carol Oates’ foot-operated smartphone? Or if I wear a toe ring? The answers are no and yes.

[WRONG! That's not the reason I asked. You lose five interview points. Go back to 'When did you first realize you wanted to be a writer?']

Would you rather be a super-rich, mediocre writer or an outstanding, poverty stricken writer?

I am a recovering perfectionist. Being told I’ll have to settle for mediocre at anything horrifies me to the point of cutting myself and eating my hair. Besides, if I win a Pulitzer, I can pawn it, right?

[Cool, you take the high road, I'm selling out at the first opportunity.]

What would you write if no one else could read it?

There are a few people I want to put through fictional woodchippers. One day…one day…

Have you ever smuggled illegal lollipops across international borders?

Yes, but the evidence is gone now. By the way, you owe my mother ten Euros.

[I have no idea what this is all about. But I do owe lots of people stuff.]

If you could get any one person to sit down for a day and savor your book, who would it be?

Now, I can’t mention any names, but there’s a local author, much revered, much sought-after, with about a zillion FaceTwit friends and a ton of contacts in Hollywood. When she likes a book, she will tell EVERYONE. Repeatedly. In italics. With jazz hands. But it’s really hard to get her to sit down and do anything. So that would be a major coup. Or, if this author is totally unwilling, I’d choose Oprah.

[You don't CHOOSE Oprah, lady. She chooses YOU. Tell your local author to buy 7K copies of my novels please.]

Where do you feel you are in your development as a writer?

Somewhere between a giant tree sloth and a small primate. I’m starting to become sentient, but I don’t always remember why.

Do you think Twilight gets a bad rap?

I think it does. Okay, it’s not Shakespeare. It’s not even Anne Rice. But somebody loved the idea of sparkly, vegetarian vampires enough to write a series about them; a huge audience waxes rhapsodic about the romance. It has power. It’s hard to deny that. Twilight inspired a friend’s dyslexic daughter to read for the pure enjoyment of it. So I gently make fun of it, but not too hard.

[Stop the 'Twilight' propaganda. When Stephenie Meyer interviews you, you better be pushing my books on her.]

Do you like soup? Do you feel it can compete with chewable foods?

I have an uneasy relationship with soup. It’s often disappointing, and I spill frequently. No comparison with, say, a pastrami sandwich and curly fries.

Writing is hard, what’s harder for you?

Writing a synopsis. It’s a vital part of marketing, to actually be able to articulate what your book is about, to talk about grown-up things like theme and metaphors and story arcs. But it’s so frustrating. Steam comes off the top of my head when I draft those things. Mainly because I don’t normally write tidy books with neat little plots. I would rather hand the book to someone and say, “Here. Just…just read the flippin’ thing.”

[You got that right lady. Fuck a synopsis.]

Is the creative process like a voyage or an escape?

For me, it’s an escape. I feel no pain when I write. All the lousy stuff no longer exists once I escape into a novel I’m writing. The rest of my life is like a voyage, sometimes a bad one, with big waves and seasickness and manatees that look like mermaids.

[Can you hook me up with your 'novel' connect?]

Who do you think would win in a fight between me and John Grisham and why?

Oh, he’ll totally kick your ass if you’re not careful. Just ask James Patterson. It’s that southern-gentleman lawyer thing. Those guys fight dirty. Bring a knife and hide it in your boot.

[You are wrong. I am offended. And I always have a knife.]

Why should people read your books and what will you do to them if they don’t (be as graphic as you like)?

Read my books because the dialogue is pretty good and the characters are real and honest, with heartbreaking flaws. I’ve made grown men cry. Plus if you don’t read by books, I will send JD Mader to your house and he’ll mess you up.

Laurie! Thanks for the interview. And for plugging the author that doesn't need plugging over and over and over. Read Laurie's stuff people. You won't be disappointed. She bleeds writing.

Bio: Laurie Boris is a freelance writer, editor, proofreader, and former graphic designer. She is the author of three novels: The Joke's on Me, Drawing Breath, and Don’t Tell Anyone. When not playing with the universe of imaginary people in her head, she enjoys baseball, cooking, reading, and helping aspiring novelists as a contributing writer and editor for IndiesUnlimited.com. She lives in New York's Hudson Valley with her illustrator husband and a lot of dust bunnies.